Hey guys! This is Anirudd here and this blog is about Feed The Fish.

So, we’ve finalized our design for Feed The Fish and it looks quite good, a design which is guaranteed to get all five balls in at one shot. 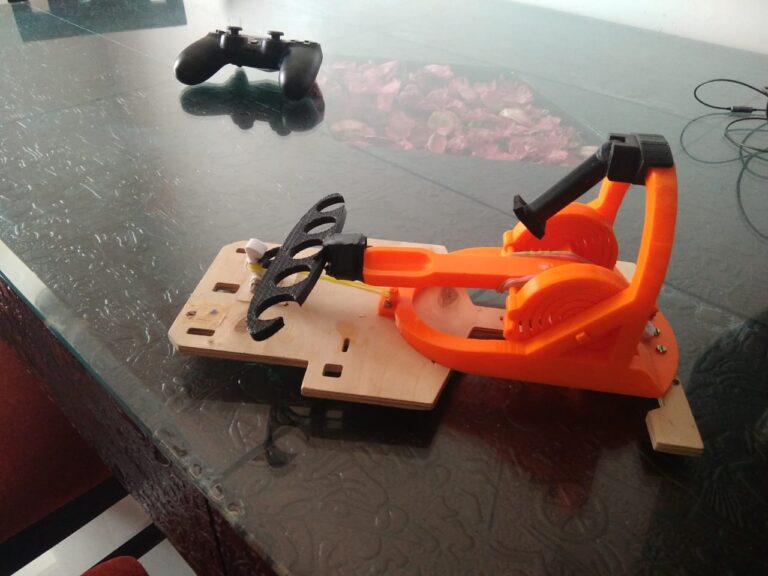 After lots of experimenting and trial and error with the catapult, we decided to attach several rubber bands to the catapult to increase the resistive force of the catapult, making it throw farther. The catapult also has 4 pegs, where we can attach the main design so as to get varied results of throwing the balls.

We decided to put it to the second peg from the top as it threw far and high at the same time. We also attached two stoppers in the catapult.

One of them stops the catapult from throwing the ball and holds it down. It has a thread tied to it so we just have to pull the thread and all five balls will shoot out at once. We plan to do that using a servo motor.

Also, thanks to my little brother and sister J, our fish tank looks really good! Below is a picture of our tank. 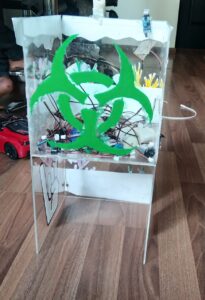 So that’s about Feed The Fish guys and that’s also the end of our weekly update. So goodbye!